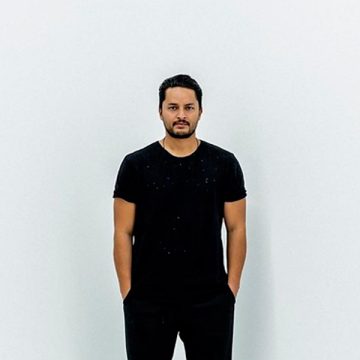 Paul Amundarain belongs to a generation that received the legacy of the grid – a form that allowed modernity to be structured – already deconstructed.

His research tries to solve problems in social aspects, the development of man in the city and his work as a record of his own experiences using technological processes that characterizes Him.

The grid that previous generations reinserted in the skin of the cities through urban interventions, is multiplied in his graphic base paintings assuming it has multiple meanings: grid, fence, grating overlapping visual signals on his own experience of mobility.

However when he quotes a kinetic-like Carlos Cruz-Diez and evokes his physichromies, he inserts disturbing social images in a gesture which reminds us that we are in turbulent times and that the dream deposited in the perceptual participation has “failed”, as the same adjective he uses as a title for one of his paintings associated with the Grid.

Works such as Broken grid, but also as Memory -in which his face appears behind a mesh of interwoven grids- superimpose two aspects of the failed promises of modernity in various places in Latin America and Venezuela: political and socio-economic instability and consequent massive emigration.

As a newcomer to the United States, his work contains a biographical and aesthetic record of the pursuit of paradise that is often fulfilled in enclosed horizons. At the same time, he has learned the lessons of survival that in depressed neighborhoods make it possible to manufacture necessary objects with materials discarded by other social sectors. Trash is recycled as art. 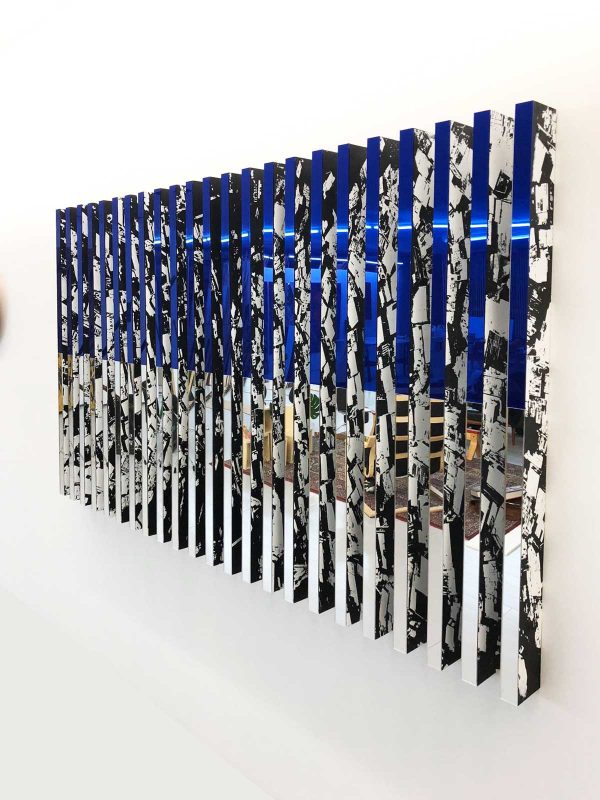 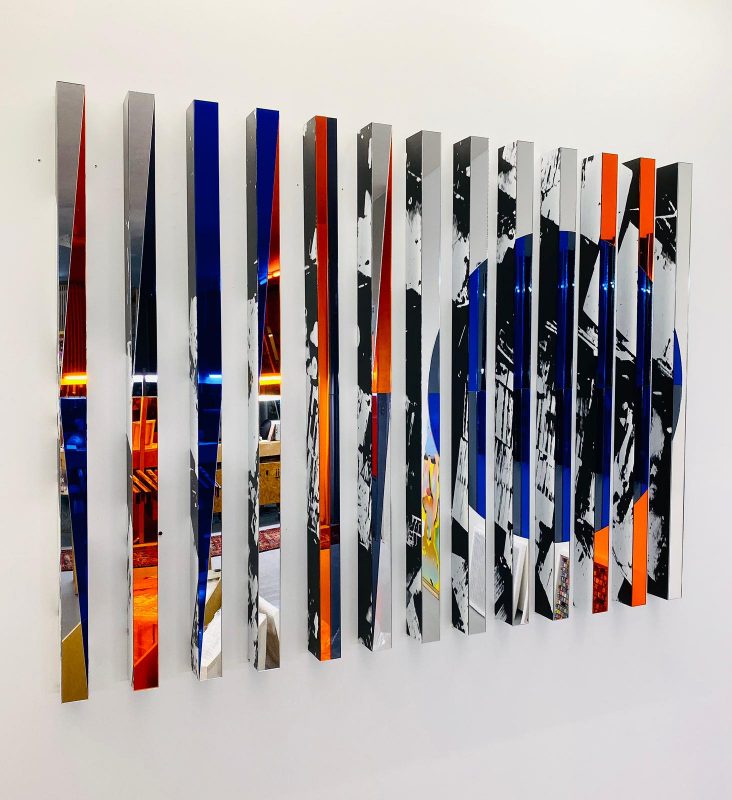 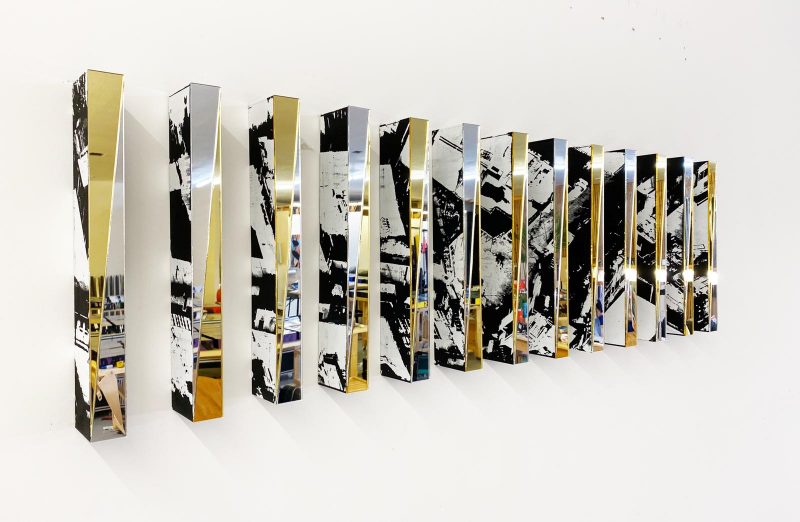 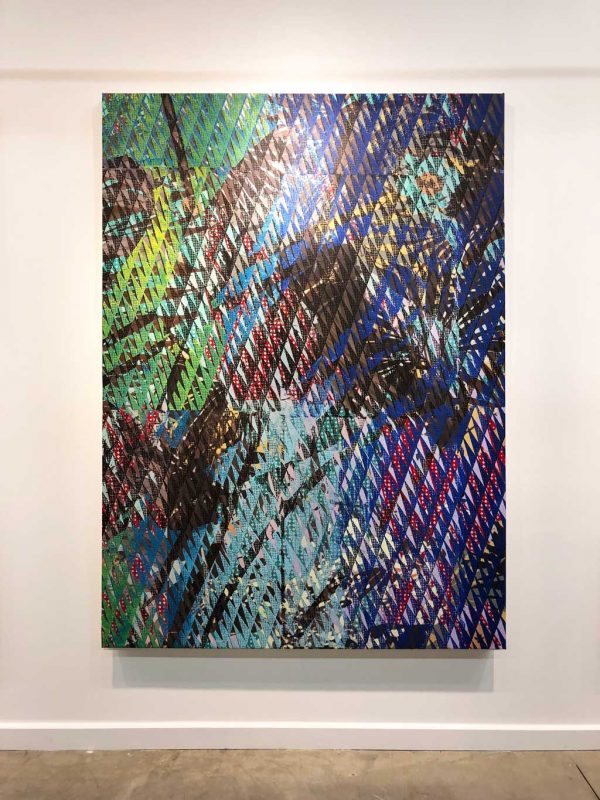 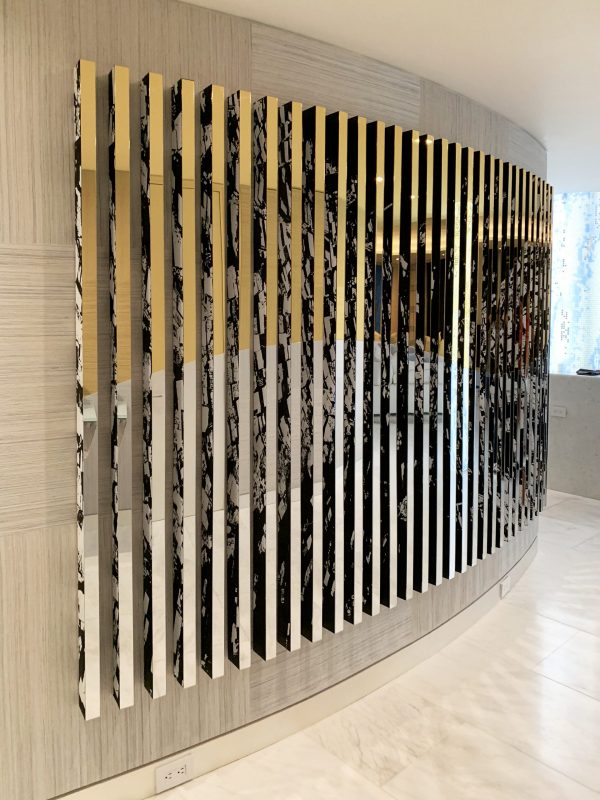 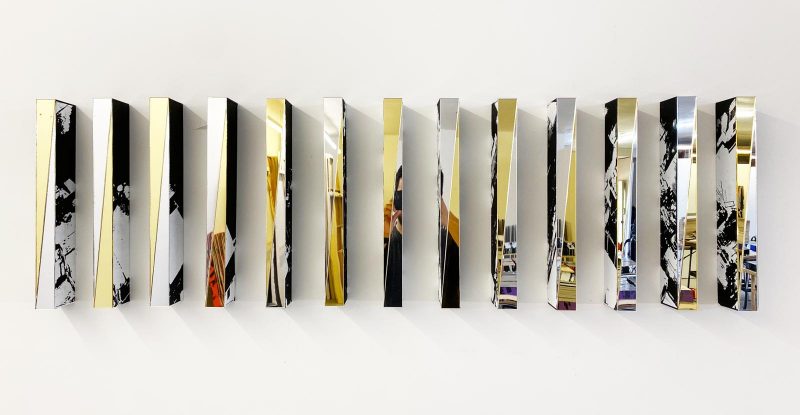 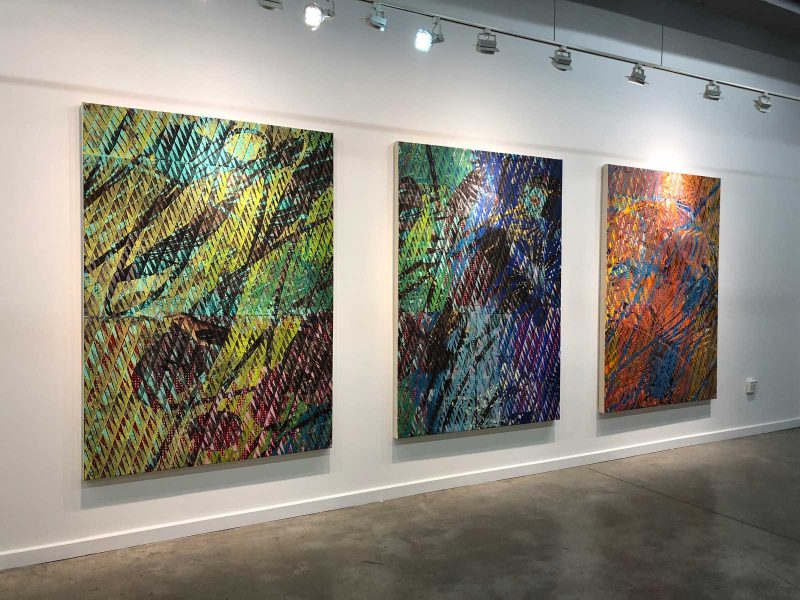 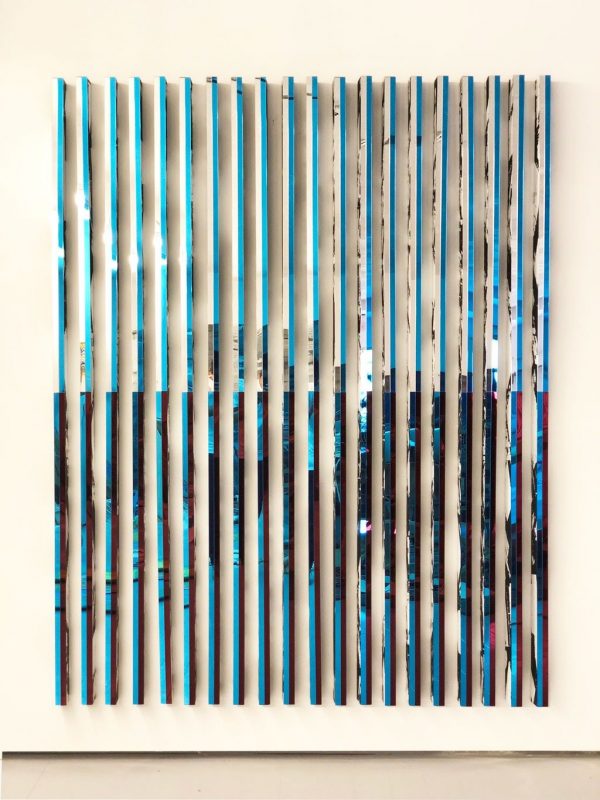 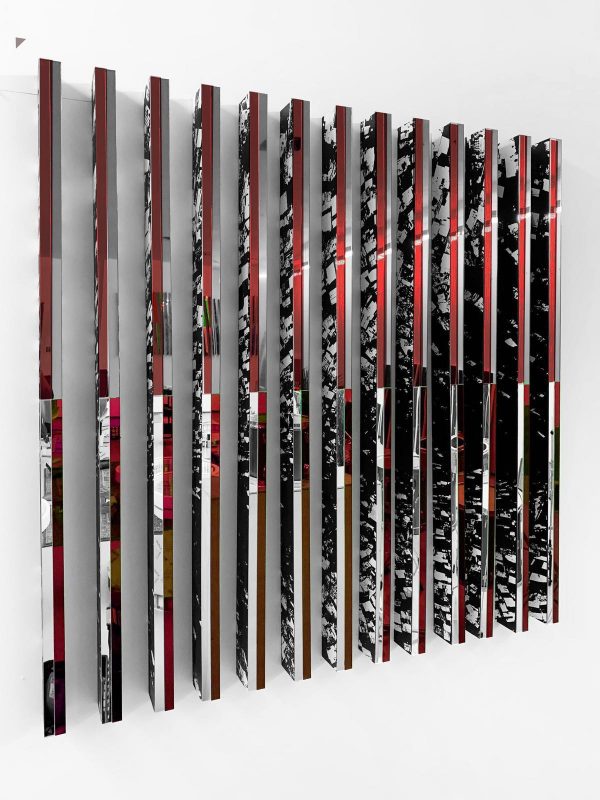 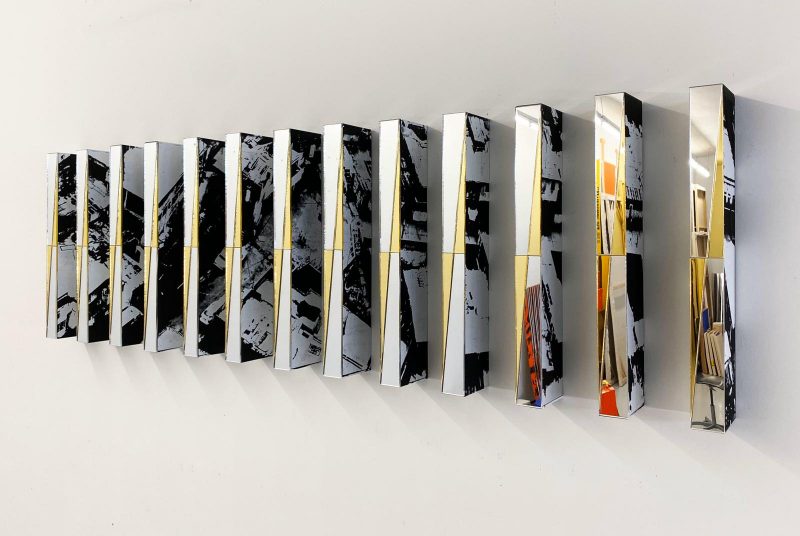