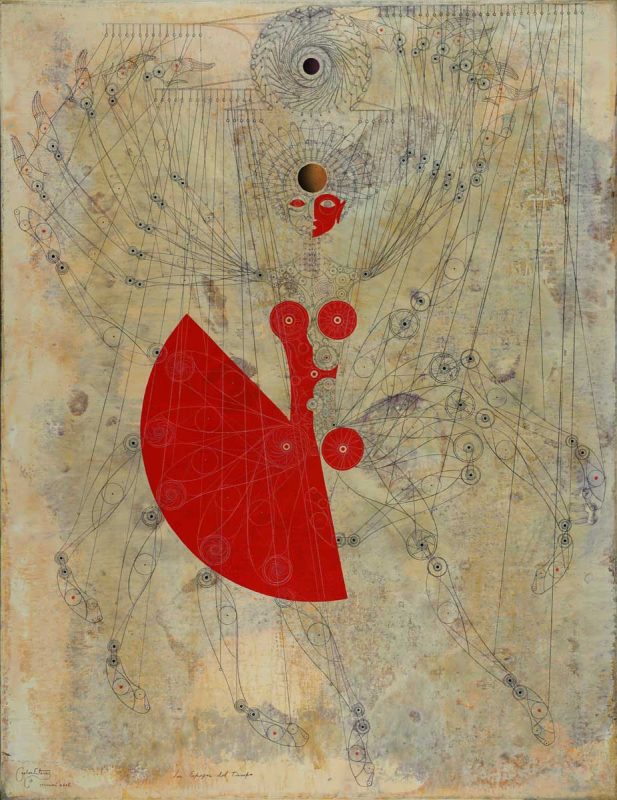 (The spiritual universe of humanity is the theme present in all Carlos Estévez’s works. Within this universe, he sees human existence as part of the cosmic and infinite realm of mysteries. His meticulous and complex works pose endless questions that prompt a multitude of answers and interpretations. The intellectual and physical features of man are endowed with a symbolic content based on his own psychological and philosophical concepts and visions for the future. He creates unique ways to understand humanity – its scientific laws, religion, anatomy, language, astrology, machinery – through intricate drawings, paintings, objects and installations. Estévez uses a Renaissance artist’s preoccupation with structure to understand the scheme of things. His elaborate notebooks are reminiscent of medieval workbooks and Renaissance investigation into the nature of things. Each work is as encyclopedic as his sources, derived from a range of scholarly references in discourse with the history of art, metaphysics, hermetic literature, the ancients, architecture and astronomy. The human figure becomes the metaphor for subjects that range from insects to machinery to city plans. It is the soul of man’s existence that confounds the senses in works that are as imaginary as they are insightful. 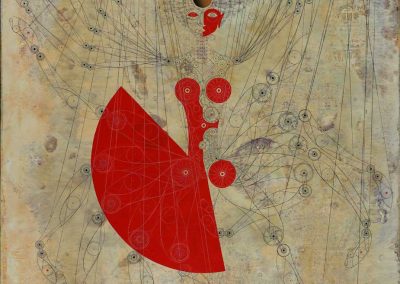 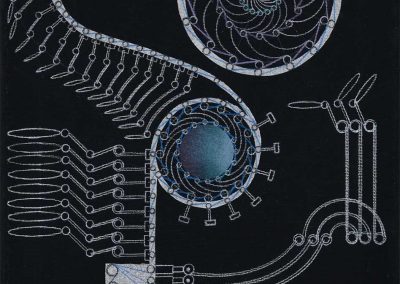 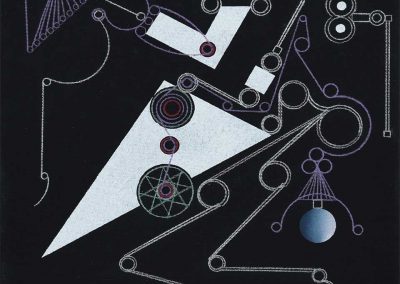 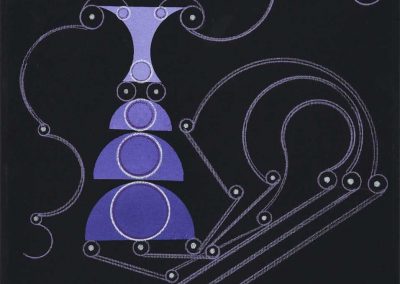 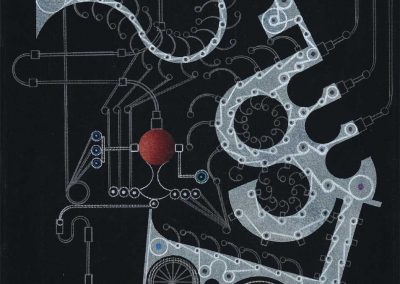 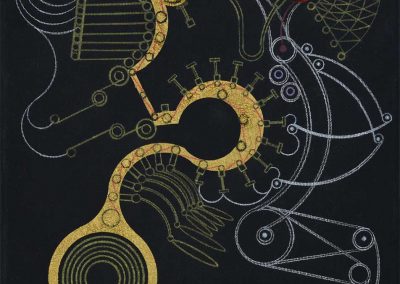 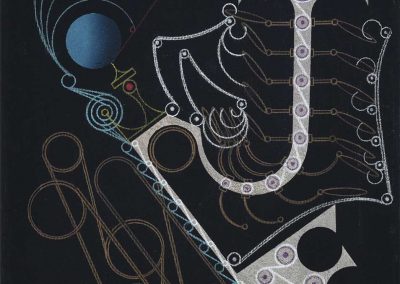 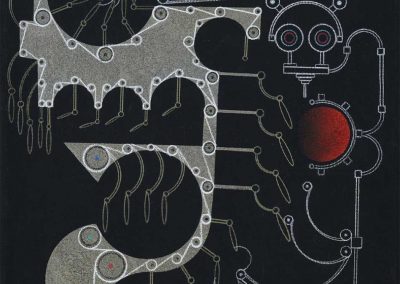 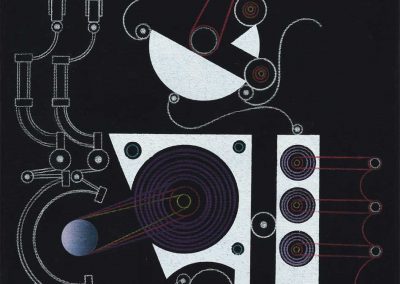 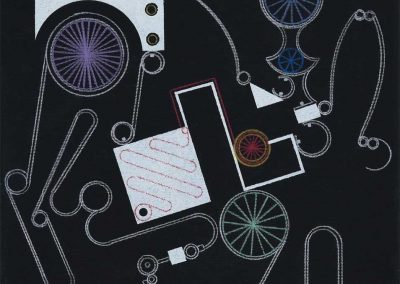 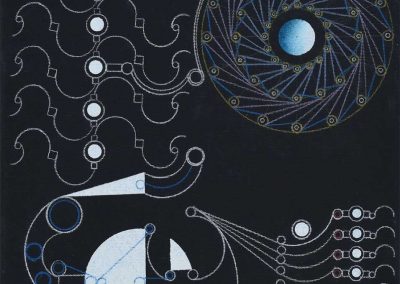 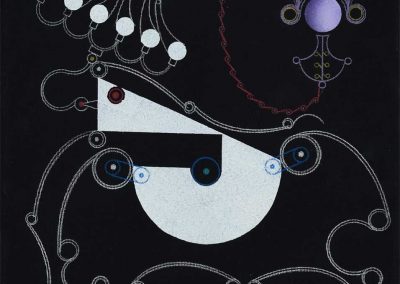 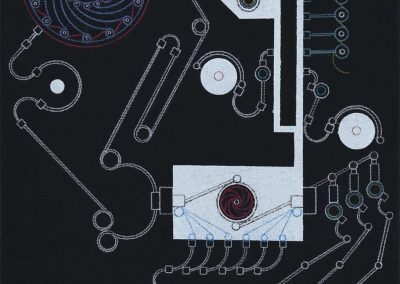 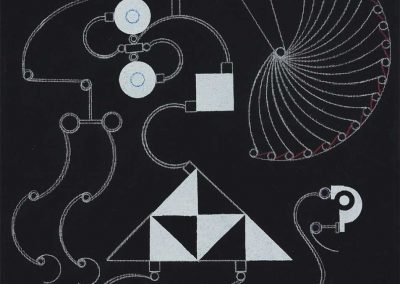 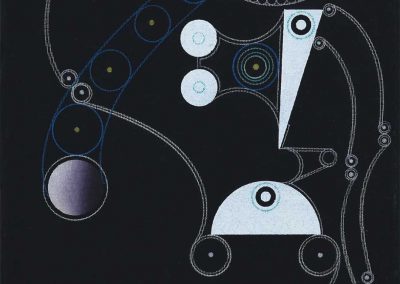 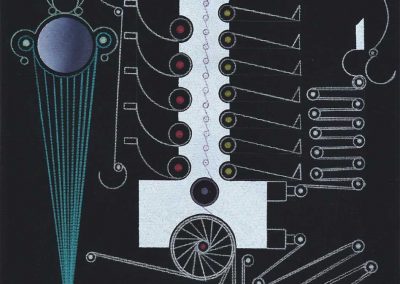 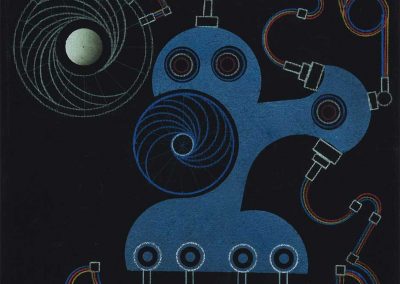 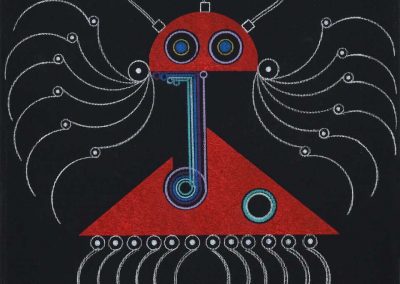 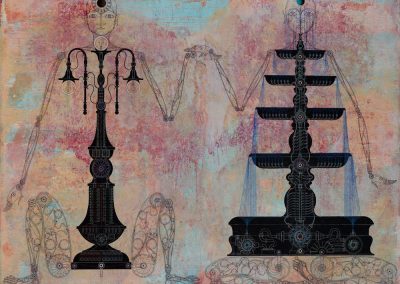 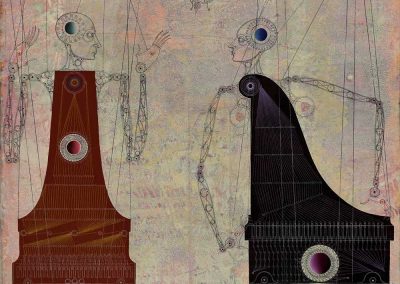